The ASICS brand name is an acronym of “anima sana in corpore sano.” That’s Latin for, “a sound mind in a sound body.”

Vitro was pitching ASICS global for a campaign to run in different countries and languages. So, the campaign had to be simple and centered around the mantra of “Sound Mind, Sound Body.”

In a two-week assignment, art director Rob Petrie and I conceived all kinds of angles, including a campaign that featured the two ads here.

I learned a year later that though ASICS Global went elsewhere, ASICS America did buy the “Equations” campaign. Or as subsequent creative teams called it, “Fucking Equations” campaign; I’m told (and fully understand) that squeezing follow-up work into that framework wasn’t so enjoyable. They did end up taking it into a nice direction, since they were able to be more clever running in English only. 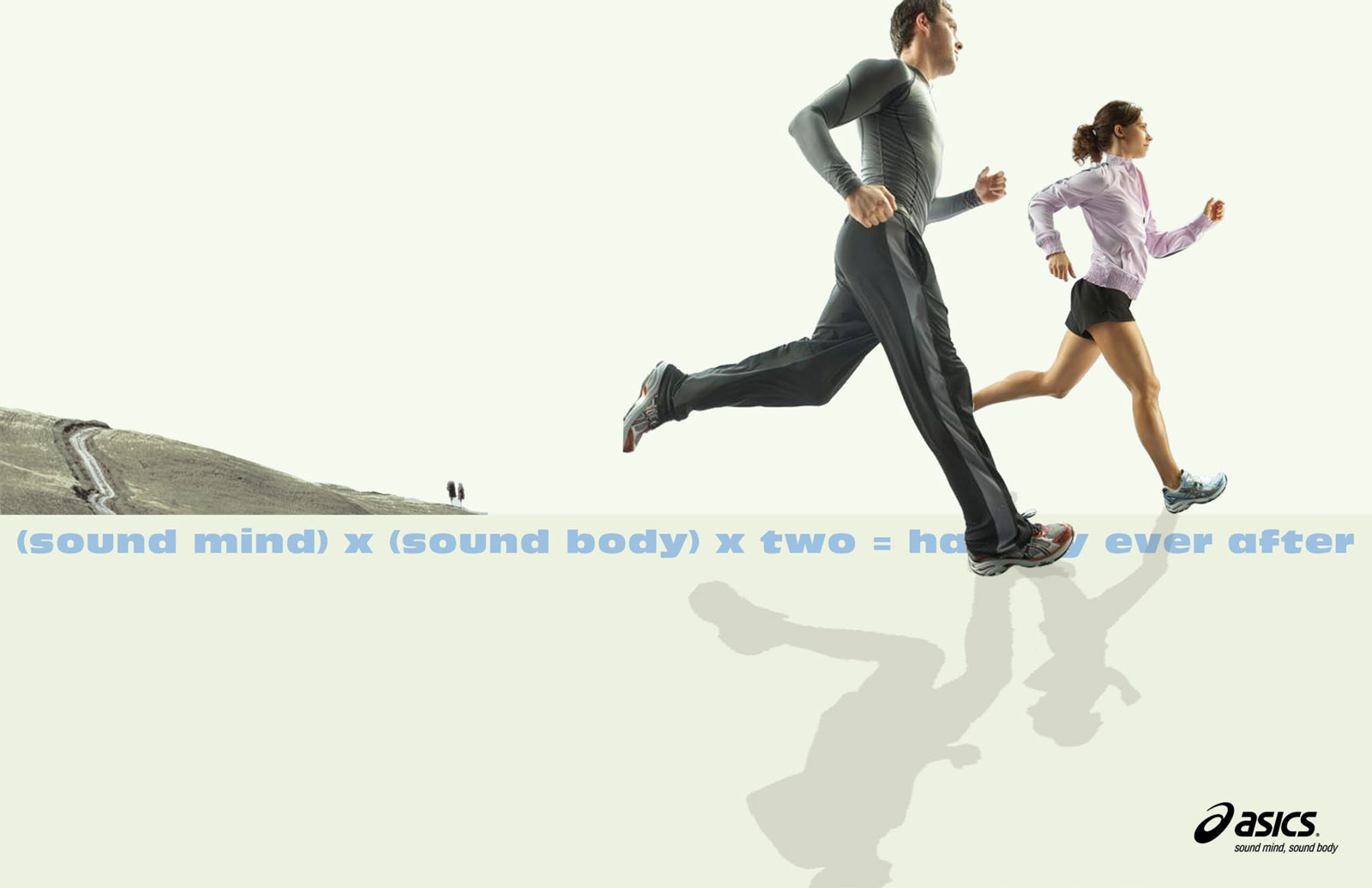 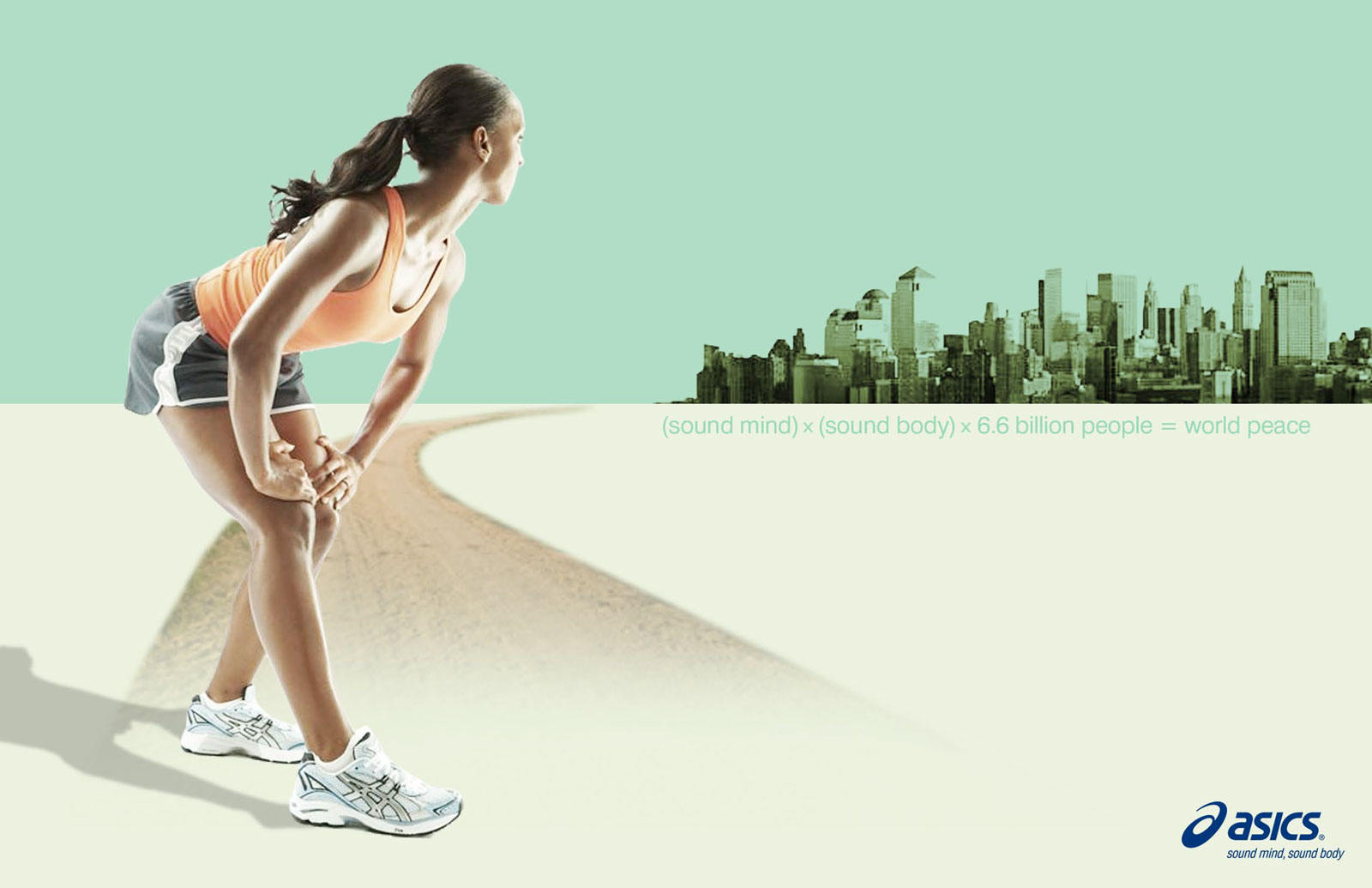